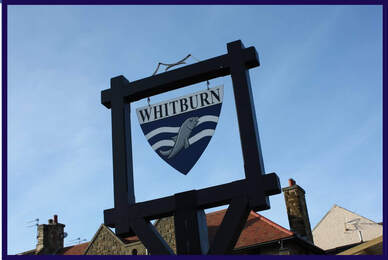 Whitburn Neighbourhood Forum has written a neighbourhood plan that sets out rules for development in Whitburn; a plan that is made by and for residents.

A neighbourhood plan is the best chance residents and businesses in Whitburn have to influence the future of Whitburn. This is because, once adopted, planning applications will have to follow the rules set in the plan.
How do you make a Neighbourhood Plan?
A group of residents held its first meeting with the intention to establish a neighbourhood forum in 2016. To make a neighbourhood plan, you first need to formally have the neighbourhood forum and area designated. Whitburn Neighbourhood Forum and Area were designated by South Tyneside Council in January 2017. After this, work started on building the evidence base and consulting with residents. The first large consultation event was held in 2017, to identify the key issues that are important to residents. These key issues were then translated into a vision for Whitburn, as well as objectives for its future. The Forum consulted residents on the Whitburn vision and objectives in 2018.

​After this, the first draft  of the Plan was written, which included the first policies for the future development within the Whitburn Area. Consultation on this first draft (called the pre-submission plan) ran between December 2020 and February 2021. Taking all comments from residents and others into account, a new draft was written with the help of a planning consultant. The Plan was then submitted to the council (called the submission plan), who ran a public consultation until 19 November 2021, inviting residents and others to comment on the plan.

After the consultation closed, the council collected all the comments made on the Plan and sent these to an independent examiner, who assessed the Plan early 2022. The examiner recommended that the Plan met all the legal requirements, pending some changes, and said it could proceed to referendum to vote on.

The Plan was then discussed at the council's cabinet, where it was agreed that it should proceed to referendum. The referendum was held on 4 August. 92% of residents voted in favour of adopting the Neighbourhood Plan. The Plan will now be officially 'made' by the council later this year, which means that it will then form part of local planning policy. Planning applications in the Whitburn area will be assessed against the policies in the Neighbourhood Plan.

You can read the Whitburn Neighbourhood Plan here.